Boston Baroque is spending this weekend with Handel's Amadigi di Gaula, live and online, with a cast including Anthony Roth Costanzo, Amanda Forsythe, Daniela Mack, and Camille Ortiz. Details at baroque.boston. The April 22 performance gets a livestream, via Idagio, ticketed on a sliding-scale and available for a month.
Posted by stray at 9:31 PM No comments:

Boston Early Music Festival has been running in-person concerts this year but taping them for delayed streaming -- which is really nice for those of us who used to go to things and now cannot. Their latest, with soprano Carolyn Sampson and fortepianist Kristian Bezuidenhout in a program of Mozart, Haydn, et al., goes live on Saturday, April 9th. You can find the details at bemf.org, along with info about the rest of the BEMF season.

Meantime here's a taster of the album Songs of Separation, out now on the Bis label.

The passing of New Hampshire guitar and mandolin player David Surette is a tremendous loss to the folk community in New England and beyond. He had the most elegant guitar style, and a way of fitting Celtic tunes to a six-string neck that made those tunes really live and breathe, as witness here on a couple of Breton dance tunes...

...and here on the O'Carolan tune Planxty Fanny Power, which has seen countless guitar arrangements in its time but none better than this one...

Our deepest condolences to his family and his friends.
Posted by stray at 11:34 PM No comments:

Having had all last year to get a bead on the streaming thing, BEMF is continuing that service, so out-of-towners get to drop in, too, albeit on delay -- so buy a virtual ticket, and get access to the concert October 30th through November 13th....which is awesome because...

...Old Songs Inc is also hosting a hybrid live/streamed concert tonight with vocal ensemble Windborne, and if there's not a lot to love about life in the Plague Years, we are definitely digging this new Age of No Scheduling Conflicts...
Posted by stray at 6:17 PM No comments:

For anyone who missed it and is so inclined, the 911 Memorial Verdi Requiem performance from the Met is up on the PBS website for another day or two -- the first live performance in the house since back when. Pérez, DeYoung, Polenzani, Owens, YNS conducting, worth a look in. (After 9/26 it goes to PBS Passport and you'll need to pony up a membership.)

Now they've blown the cobwebs out of the hall with a proper Dies Irae or three, the new season starts on Monday with the premiere of Terence Blanchard's Fire Shut Up in My Bones. Baritone Will Liverman's got a voice like polished oak, here's a too-short snippet

You can hear the audio stream on the Met website starting at 6:25pm ET, and on SiriusXM satellite radio by subscription (and I think this is still US/North America only?). It'll show up in the Live in HD series on October 23.
Posted by stray at 10:09 PM No comments:

One of the greats...

The main part of Virtual Boston Early Music Festival may be done, but it's archived through July 11, so you can still catch the things you missed. Meanwhile, the virtual Fringe part is in full swing. Check out the nightly schedule here.

While the theaters remain closed by order of the Master of the Revels, anyone with a jones for Shakespeare history plays should check out the Royal Shakespeare Company's Henry VI Open Rehearsal Project. It's an up-close experience as they tackle everything from the challenges of metrical speechifying to creating fight choreography to how to do a coronation in a plague year. They stream live and archive, all accessible for free (you have to sign up), until the final day (June 23) when they do a complete run-through of the Henry VI part 1 they've been building before our eyes for the last few weeks -- this part requires a paid ticket (£20 or about $25 right now). Henry VI is like a three season HBO series unto itself, covering the ground between Henry V and Richard III, so it's probably worth it to read a synopsis before going in if you haven't been this way before. But this project is all about the process of making theater and it's absolute gold.

Email ThisBlogThis!Share to TwitterShare to FacebookShare to Pinterest
Labels: art in a plague year, BEMF, RSC, Shakespeare, wonders of technology

Boston Early Music Festival goes virtual this year -- starting today -- for its biennial week-long extravaganza. While this is in some ways the same tragic situation we've been dealing with for everything, there are some silver linings, among which are:

1) You can tune in from anywhere on the planet!
2) Tickets are about 80% cheaper! (Seriously, you can do the whole thing for $150 bucks, and most of the individual concerts are $10.)
3) They're posting the Fringe festival the week after, so you get twice the festival with no scheduling conflicts or trying to get from somewhere in Back Bay to somewhere in Cambridge in five minutes! (Traditionally the Fringe is tip jar or nominal ticket price, so presumably there will be virtual tip jars and all you'll miss out on is the experience of dropping a fiver in someone's theorbo case.)
4) Performances are archived (for a limited time) so you can access them later.
5) As much as we love Jordan Hall and environs, you get to check out other venues beyond the Bostonsphere -- special mention to ACRONYM, who recorded their bit at Troy Music Hall of the perfect acoustics.
6) Amanda Forsythe

All that plus master classes and a virtual version of the famous trade show, so if you're in the market for a virginal or a crumhorn or a portative organ or a crwth, you can probably find a maker to Zoom in on.

Email ThisBlogThis!Share to TwitterShare to FacebookShare to Pinterest
Labels: Amanda Forsythe, art in a plague year, BEMF, wonders of technology

A couple of nice sets from Kate Lindsey (for La Scala) and Joe Jencks (for Old Songs). These are short-timers, so avail yourselves before they go, and don't forget to tip your musos whenever you can.

A few tunes on Uilleann Pipes for St Patricks Day in the beautiful setting of my local refurbished Stretford Public hall.Thanks to Kate and staff for letting me wonder in off the street.

tunes are called O'farrells welcome to limerick and the connaught heifers. pic.twitter.com/UmlPO0ofQI 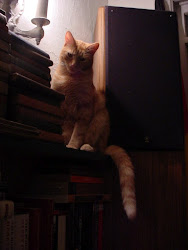 the cast, in order of vocal appearance 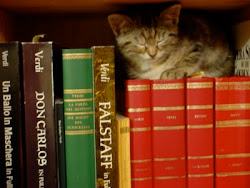